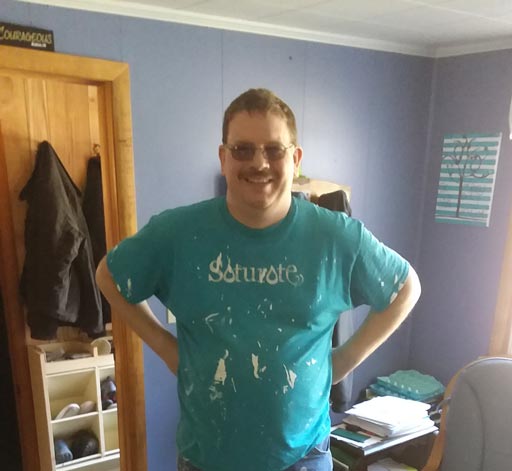 On October 27th, 2015, Andy finally obeyed the increasingly persistent voice of God that he had felt calling him for a while to open some sort of facility for the teens of Holmes County.

He didn’t really know what it would look like but he imagined a safe place where teens could hang out, relax, and have fun but also find meaningful relationships with Christians who were willing to pour into their lives and be Godly examples for them. It had to be a place where Christ was the driving force and the reason for everything that was done.

On that fall day, Andy made a phone call and had the first of many conversations about what God had laid on his heart. It seemed like a small thing but that call, set in motion a series of events that felt like a runaway freight train! Andy and his wife, Tammy, had obeyed God and let Him know they were willing to be used and from that moment on, they realized God was leading them on the adventure of a lifetime. 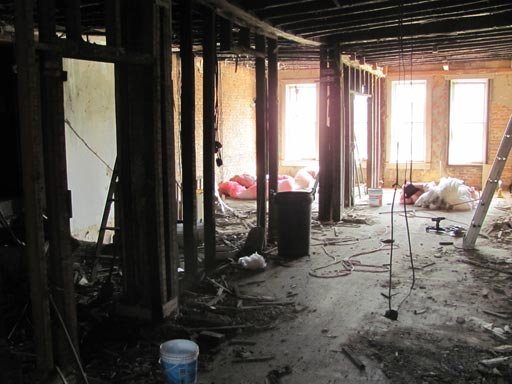 So much work to do
It was that feeling that Tammy was experiencing when she came across Habakkuk 1:5:
Look among the nations, and see; wonder and be astounded. For I am doing a work in your days that you would not believe if told.
As they read this verse together, Andy and Tammy agreed that God really was doing something astounding and they decided that this needed to be the theme verse for the ministry. Since they were also trying to come up with a name, H15 Ministries seemed appropriate.

They were so eager to get started helping teens but very quickly realized that there was a lot of red tape and many hoops to jump through to be able to do it right. They were tempted to give up but God brought the help and encouragement they needed. 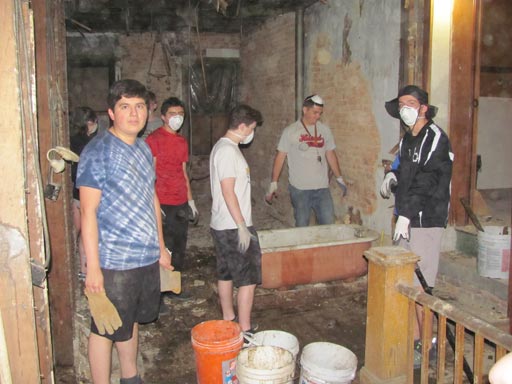 Volunteers are a blessing
Soon, six other men and women accepted Andy’s invitation to join him to become the first board of directors and on February 10th 2016 H15 Ministries Inc. became a bona fide non-profit corporation and they began trying to raise the money to get started. These seven people believed that God was going to use this new ministry to reach the hearts of Holmes County’s teens and no matter what hurdles lay ahead, they were going to trust God to do His will through them!

The idea was great, but figuring out where to open the new Teen Center and how to get it staffed and paid for was a daunting challenge. They decided that they were walking on faith that God had called them, so therefore, their only choice was to trust Him to lead them through everything. He led them to what were probably the worst buildings in downtown Millersburg. He provided them with enough money to pay one month’s lease payment and made sure that there was nowhere near enough to make the thing a success, at least not by human standards that is. They decided that if they were going to walk on faith, they were going to do it without fear and plunged ahead in spite of the odds that seemed stacked against them. They knew God had called, therefore, there was no choice but to answer! 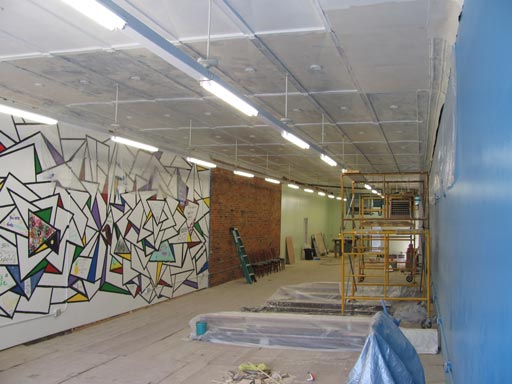 Putting the finishing touches on the inside.
Here is where Andy began to realize just how far back in his life God had begun to prepare him. His dad was a construction worker and Andy ended up in that feild as well. He hated construction, but over the years he had gotten pretty good at it and his range of knowledge kept getting wider and wider. When they were handed the keys to the buildings and got started renovating them, He began to realize how God was going to be tapping into all of those skills that He himself had provided! They began hauling out junk and doing demolition. They didn’t have any money to work with at first so they did what they could and trusted God!

Slowly but surely, God did amazing things! Donations came in, volunteers came, work continued. There were months when they didn’t know how the bills would be covered but at the last minute God would provide just what was needed. Over the course of the next two years they repeatedly had to put their faith into practice and trust that He knew what He was doing! He proved Himself faithful time and time again!

Through the renovation process they began to connect with more and more churches. God awakened excitement in many people and gave them an eagerness to get involved. The ministry started having an impact even though it wasn’t officially open, as many teens, including some doing community service work, came in and helped with the renovation. They were able to share their faith and talk about God while working on a project that these teens could be excited about. Many times God’s miraculous provision could be seen by everyone involved!

The work has progressed to the point that the first phase is just about done. The next chapter of our story will see teens being reached by God’s love as they enjoy a safe place to hang out and have fun. It’s all about the relationships! As Teens see that they are loved, they’ll see a glimpse of who Jesus is and the prayer is that they will meet Him and get to know Him personally!

God’s plan is awesome and each person has a place in it. H15 Ministries is evidence that when someone is willing to be used, God will do great things! The story is just beginning, what does God have in store? We’ll have to let Him show us Himself!

Ways To Be Part Of Our Ministry