From Jail To Ministry 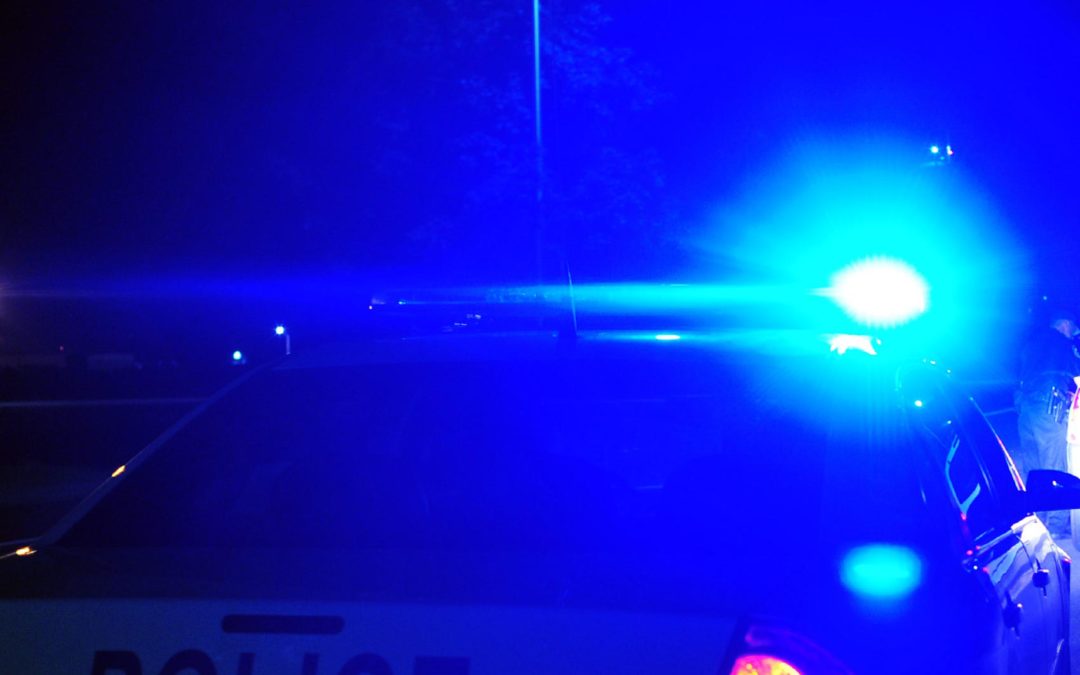 Relief…that’s what I felt as I lay face down on the floor with the barrel of a police officer’s gun pressed into the back of my neck.

Sounds crazy to say it but it’s true.

I was 18 years old and for six years I had been running away from God and trying to live my own life without Him. Obviously, as you can see, things had been going incredibly well with that!

I was raised in a Christian home and asked Jesus to be my savior when I was 5 years old. It was real to me and I really wanted to serve God. However, when I was 12 some things happened that I blamed God for and I decided that He and I were through. I felt betrayed and thought that Christianity was a big load of baloney and I didn’t need it.

At first I just started refusing to say the blessing over family meals or participate during Sunday School. Soon, however, I started shoplifting, then burglary, and finally I robbed a gun shop and stole $25,000 worth of guns and other merchandise, thus the reason for my uncomfortable position on the floor with the officer’s boot in the middle of my back!

As 15 members of various law enforcement departments swarmed my apartment, I realized that I was at a turning point in my life and that it was time to make a decision as to which direction I was going to go.

So why relief? I had been looking over my shoulder knowing I was going to get caught. Now it was over, and I could quit running scared. However, It was much more than that. I also knew in my heart that I needed to turn my life around and now that I had reached this fork in the road, I could take responsibility for my actions, and start living the way God wanted me to.

By the time they pulled me up with my hands cuffed behind me, I was a different person. I came clean about everything. I pointed out all the stolen items in my apartment, listed all the places I had burglarized, and told them everything else I could remember. I wanted to start over with a clean slate and I knew the only way to do it was for me to take full responsibility for my actions.

That moment started me on a long road back to where God wanted me. Over the next 15 years I went through some dark times when my determination to change started to waver but God was working in me. I had more lessons to learn but from that day on, I was headed in the right direction, very slowly at first, but I was moving.

About six years later, after a failed marriage and a lot of hurt and frustration, I met Tammy and we got married. She was struggling with her own issues and needed to get her life right with God as much as I did. I was at my lowest point since my arrest but God not only worked in her life but He used her to help me. As our children began to grow past the toddler phase, we were just getting started ourselves as spiritual babies. God lovingly and patiently nurtured us and began to reveal Himself to us more and more. Little did we know that He had big plans for us!

Tammy had grown up in a broken home with an abusive father who did horrible things to them even after he had divorced her mom and left. She never knew when he might show up and try yet again to hurt them. Her experiences gave her a soft heart for anyone who was hurting but especially teens. My experiences had given me a heart for the stupid teens who made bad choices and ended up heading down the wrong path, just as I had.

We began to connect with the youth group in our church and help out with events and such. Once again, we had no idea that God was carefully orchestrating His plan for us! At the beginning of 2012 after the youth pastor stepped down, we volunteered to take over. That was when Tammy and I both realized that God was calling us into youth ministry!

However, He wasn’t finished revealing His will for us…

I was sure that God’s plan was for us to have a full time youth pastorate somewhere. However, we were also seeing, more and more, the need for some sort of place for the teens of Holmes County to hang out and build relationships with caring adults that would ultimately result in changed lives. I kept wondering when someone was going to do it!

God continued to work on us…

Finally, in October of 2015 I realized that God just might be asking me to do it. His prompting grew stronger and stronger until I was no longer able to ignore it. I began to talk the idea over with whoever would listen. Repeatedly I was told to go for it because it was so desperately needed. So after Tammy and I both spent a ton of time in prayer, we accepted God’s increasingly obvious call and set out to start what would become H15 Ministries.

While we both recognized that God had been preparing us for this ministry, neither one of us felt equal to the task. We wondered if God was realizing just how little we knew about these things! However, we knew He had called us so there was really no choice but to obey. We stepped out in faith knowing that our only hope was to trust Him to handle everything and that all we needed to do was be willing for Him to use us.

As I look back on the path of my life I can see now how God has been working everything out in His own timing to bring me to right now. His hand is very evident as I look at the past, even though I had no idea what was happening most of the time. I think about all the things He has already done and I am looking forward eagerly to the future. Hopefully, I’m easier to teach now and He won’t have to allow me to go through quite so many tough spots! He is truly awesome and we can only scratch the surface of His amazing power, glory, and majesty. I don’t deserve it, but I sure am glad He chose to love me.

Talk about a great adventure! It is going to be quite a ride…